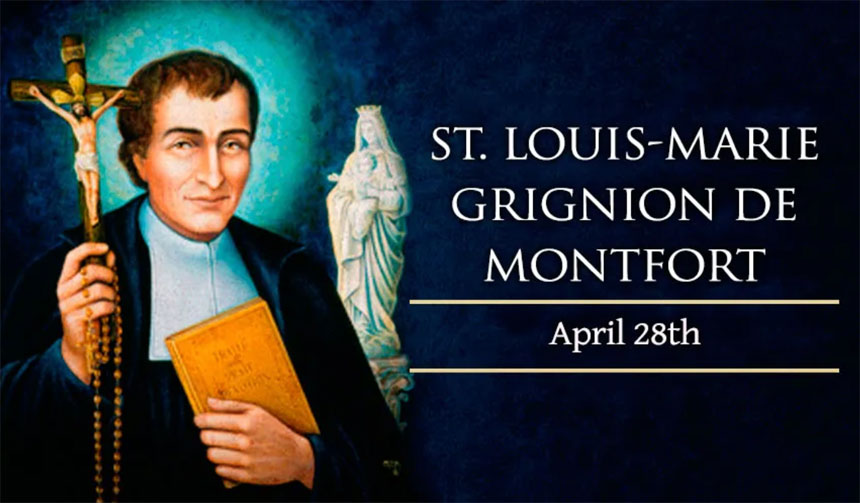 He wrote two masterpieces of Marian piety, “The Secret of the Rosary” and the “True Devotion to the Blessed Virgin”, which would become a classic explanation of Marian’s devotion. He correctly prophesied that these two books would be hidden by the devil. The books were discovered two centuries after his death.

St. Louis-Marie founded two congregations: the Daughters of Divine Wisdom, dedicated to the sick in hospitals and the education of poor girls, and the Company of Mary, missionaries devoted to preaching and to spreading devotion to Mary.

It is well known his prayer of entrustment to Our Lady, “Totus Tuus ego sum,” that means, “I am all yours.” St. John Paul II took the phrase “Totus Tuus” as his episcopal motto.

He was a gifted preacher, drawing thousands to hear his sermons in which he encouraged frequent communion and devotion to Mary.