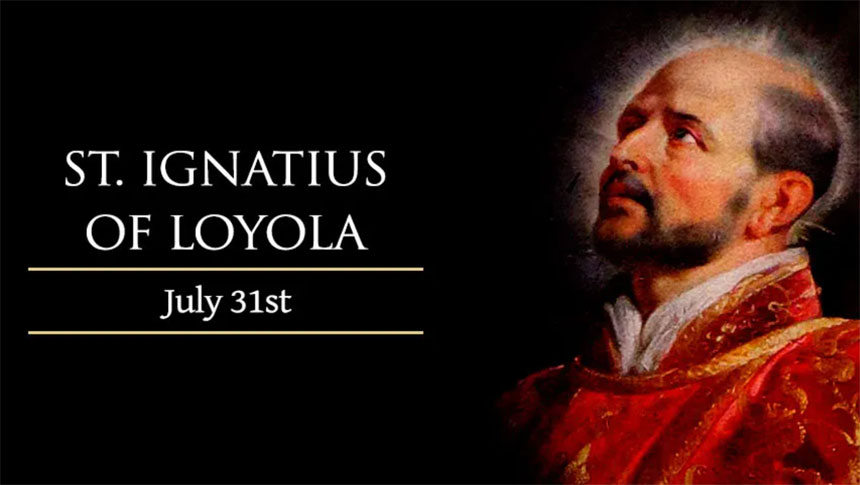 July 31 marks the feast day of St. Ignatius of Loyola, the great Spanish, sixteenth century saint who founded the Society of Jesus, also known as the Jesuits, and the “Spiritual Exercises” — often used today for retreats and individual discernment.

This year is the 500 anniversary of his profound conversion in the monastery of Montserrat, in Barcelona, Spain.

In 2006, Pope Benedict XVI called the Jesuits to follow in the footsteps of St. Ignatius. “St. Ignatius of Loyola was first and foremost a man of God who in his life put God, his greatest glory and his greatest service, first,” the Pope said. “He was a profoundly prayerful man for whom the daily celebration of the Eucharist was the heart and crowning point of his day.”

Ave Maria!
Jesus, I Trust In You!
St. Ignatius Loyola, Pray for Us!