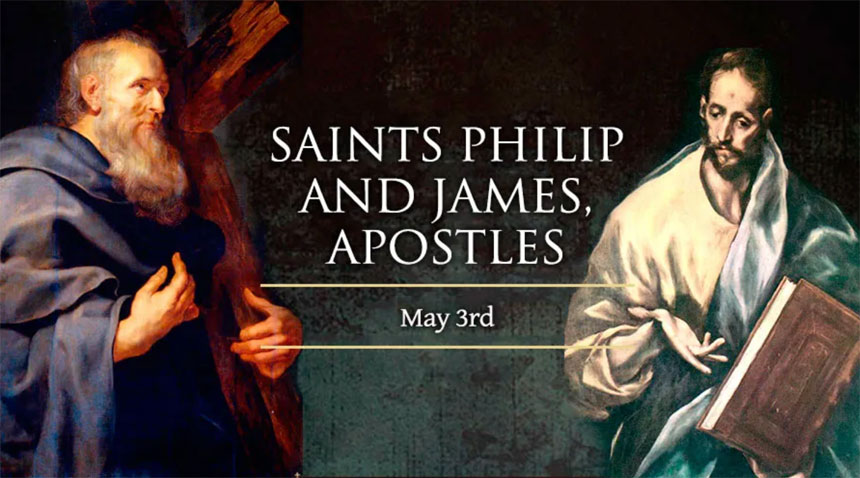 Today is the Feast Day of the Apostles Philip and James the Less. They both suffered and were persecuted, but they placed their confidence in God and now they rejoice in heaven.

Philip was born in Bethsaida, in Galilee, the town of Andrew and Peter. His friend Nathaniel told him that Jesus was the one whom Moses and the other prophets had foretold.

James is called “the Less” because he was younger than the other Apostle James the Great. Born in Cana, he authored one of the Epistles in the New Testament. He was favored by the appearance of the Risen Christ. He was martyred by the Jews when he refuse to deny the Divinity of Christ.

Ave Maria!
Jesus, I Trust In You!
Sts. Philip and James the Less, Pray for Us!