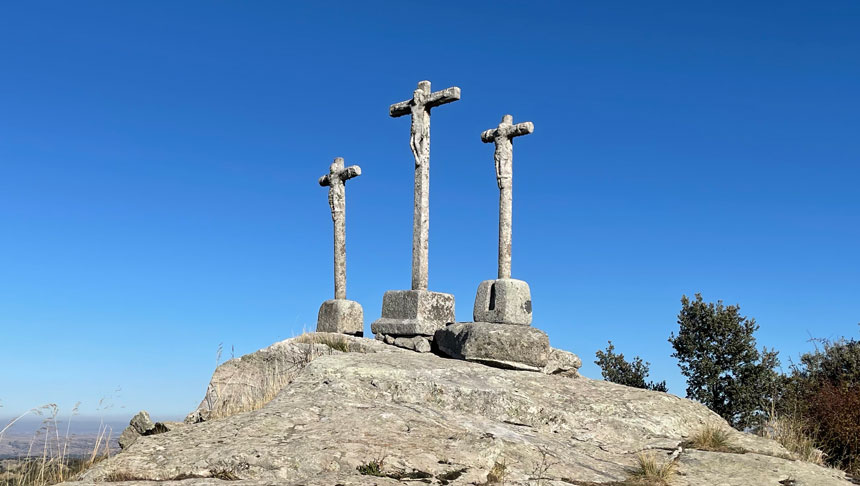 Today’s Rosary is prayed in Cardeñosa de Ávila, a tiny village close to Ávila, the medieval Spanish city and the birthplace of the mystic St. Teresa.

In Cardeñosa de Ávila was born and baptized my wife Maria Blanca 62 years ago. Here, we found a hill with the fifteen stations of the cross, dated in the XI-XIII centuries. This Calvary with stone crosses resembles the Via Crucis on Jerusalem as the crosses were set at a similar distance and height.

In this village with a population of 500 people, we found three saints in the eleventh and sixteenth centuries: Santa Paula Barbada, Maria Vela, and Sor Isabel de Santo Domingo.

Centuries before, in Cardeñosa, on the hill of las Cogotas, there was a Celtic settlement and its necropolis, between 1200 and 800 B.C., coinciding with the Final Bronze age. The pre-Romanic tribe of the Vetones was inhabiting this land.

Cardeñosa de Ávila is part of the southeast Way of James (“El Camino”), which connects the Mediterranean coast with Santiago de Compostela.