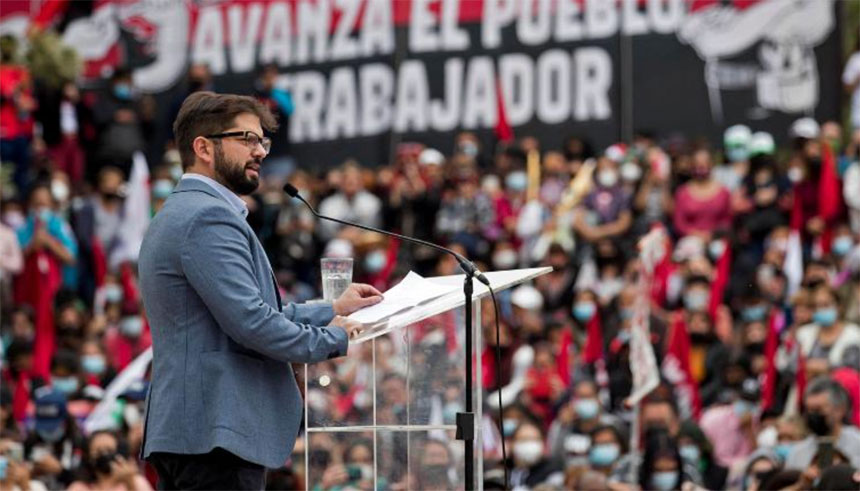 Darkness is twisting the minds of young people in Latin America. Chile just became the latest example of the threat of communism, which, as the Holy Virgin warned in Fatima and Garabandal, goes against God and God’s people.

A majority of Chileans elected a 35-year-old socialist politician in alliance with the Communist Party. His political agenda includes all of the tricks used to promise economic equality through state power. History has shown the results of communism.

But there is a way to stop this fall. You guessed it: through the Holy Rosary.

In 1964, the Communists gained political control of Brazil and were planning to eliminate all opposition. The “bloodbath” was planned for Good Friday of Holy Week. Cardinal Carmera in a radio broadcast called the people to resist. There followed Rosary processions and rallies by hundreds of thousands. Brazilian military leaders brought about a “bloodless coup.” The Communist leaders fled the country. On Good Friday, two million people marched through the streets of Rio de Janeiro saying the Rosary in thanksgiving to Our Lady for saving their country from Communism.

Let’s start a Rosary chain in Chile. As Sor Lucia said, “There is no problem, no matter how difficult it is, that we cannot solve by the prayer of the Holy Rosary.”