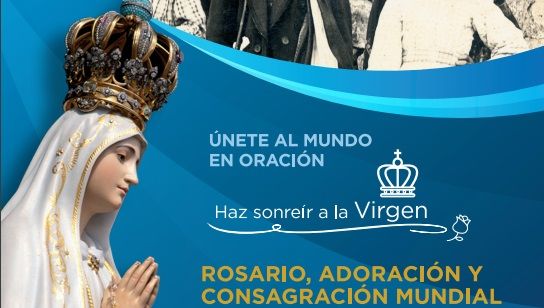 Holy Rosary, online at 6pm ET, live from Our Lady of Guadalupe Shrine in Mexico, to commemorate the 100th anniversary of Saint Jacinta’s death.

Comment:
Between May 13 and October 13, 1917, three Portuguese shepherd children from Aljustrel, received apparitions of Our Lady at Cova da Iria, near Fátima, a city 110 miles north of Lisbon. At that time, Europe was involved in an extremely bloody war.

At the first appearance, Mary asked the children to return to that spot on the thirteenth of each month for the next six months. Up to 70,000 people gathered for Mary’s final apparition on October 13, 1917.

Their cousin Lúcia dos Santos, became a Carmelite nun and was still living when Jacinta and Francisco were beatified in 2000; she died five years later.

Pope Francis canonized the younger children on his visit to Fátima to commemorate the 100th anniversary of the first apparition–May 13, 2017. The shrine of Our Lady of Fátima is visited by up to 20 million people a year.

More details on the eBook, The Rosary: A Gift From Heaven, https://bit.ly/39Wkbrb