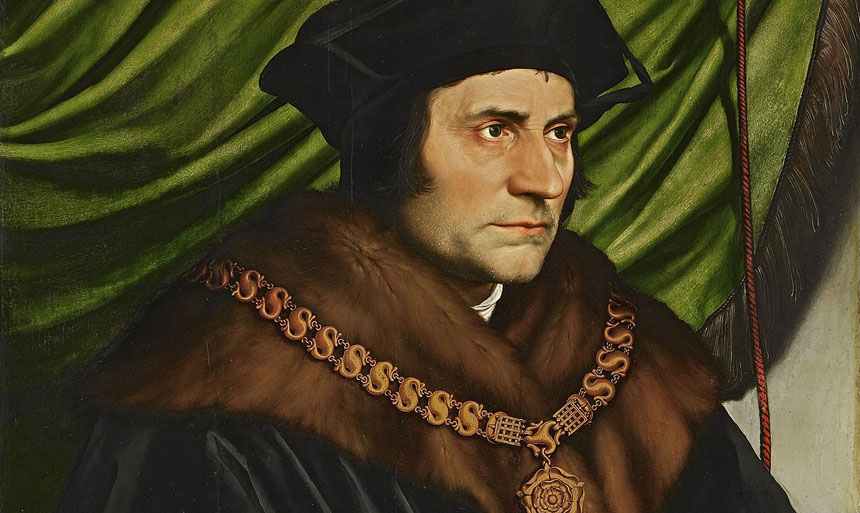 Today, the universal Church of Jesus Christ dedicates the day to three saints: Paulinus of Nola, John Fisher and Thomas More. In a way, the history of humanity is the history of the saints. The sacrifice of these holy souls, along with our daily prayer and charity acts, keep the world moving forward without falling apart.

St. Thomas More was Chancellor of King Henry VIII in England. He was the perfect public servant. A family man (father of four children), eminent lawyer, and literary scholar. A synthesis of human sensitivity and Christian wisdom. He was martyred — beheaded on Tower Hill, London, in 1535 — for his belief that no lay ruler has jurisdiction over the church of Christ.

An intensely spiritual man, he didn’t support the king’s divorce from Catherine of Aragon in order to marry Anne Boleyn. Nor he didn’t acknowledge King Henry as supreme head of the church in England, breaking with Rome.

Four hundred years later, in 1935, Thomas More was canonized a saint of God. Pope John Paul II named him patron of political leaders. Thomas More did not compromise his moral values in order to please the king!