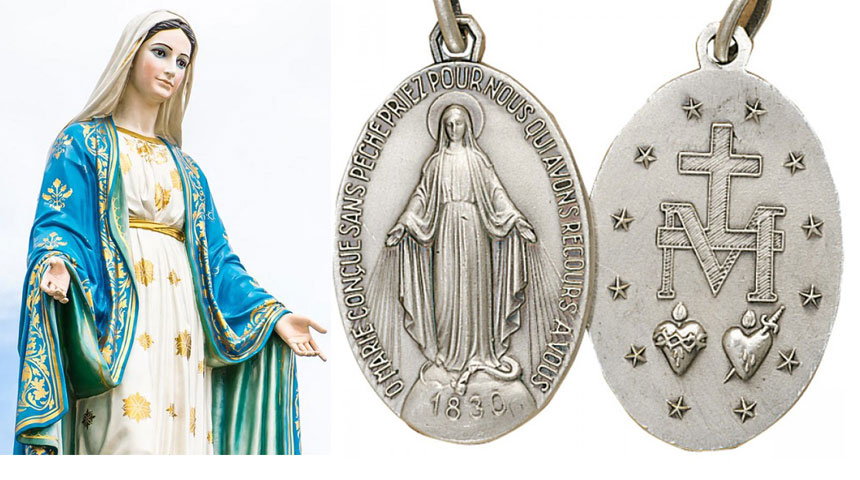 The Virgin Mary appeared to her as the Immaculate Conception, standing on a globe, emitting rays of grace, and crushing the serpent’s head.

Framing the image in an oval were the words, “O Mary, conceived without sin, pray for us who have recourse to thee.”

St. Catherine then saw an image of an M upon which was a Cross. Underneath the M was Our Lord’s heart crowned with thorns and Our Lady’s heart pierced by a sword. Surrounding this image were 12 stars, symbolizing the twelve apostles and the Church.

The Blessed Virgin instructed St Catherine to have this devotional medal made of these images, and she promised many graces to all who wear it.

This year marks the 190th anniversary of the Marian apparitions to St. Catherine Labouré in Paris.

Our Lady of the Miraculous Medal proclaimed the merciful love of God. The statue is based on Labouré’s vision of the Immaculate Conception.

St. Catherine Labouré received three apparitions from the Blessed Virgin Mary, a vision of Christ present in the Eucharist, and a mystical encounter in which St. Vincent de Paul showed her his heart.

St. Maximilian Kolbe, who died at Auschwitz in 1941, was a firm believer that the graces that can accompany the Miraculous Medal. “This is truly our heavenly weapon,” the saint said, describing the medal as “a bullet with which a faithful soldier hits the enemy, i.e. evil, and thus rescues souls.”

We pray for being closer to the Immaculate Mother so that we recourse to Her in all difficulties and temptations. 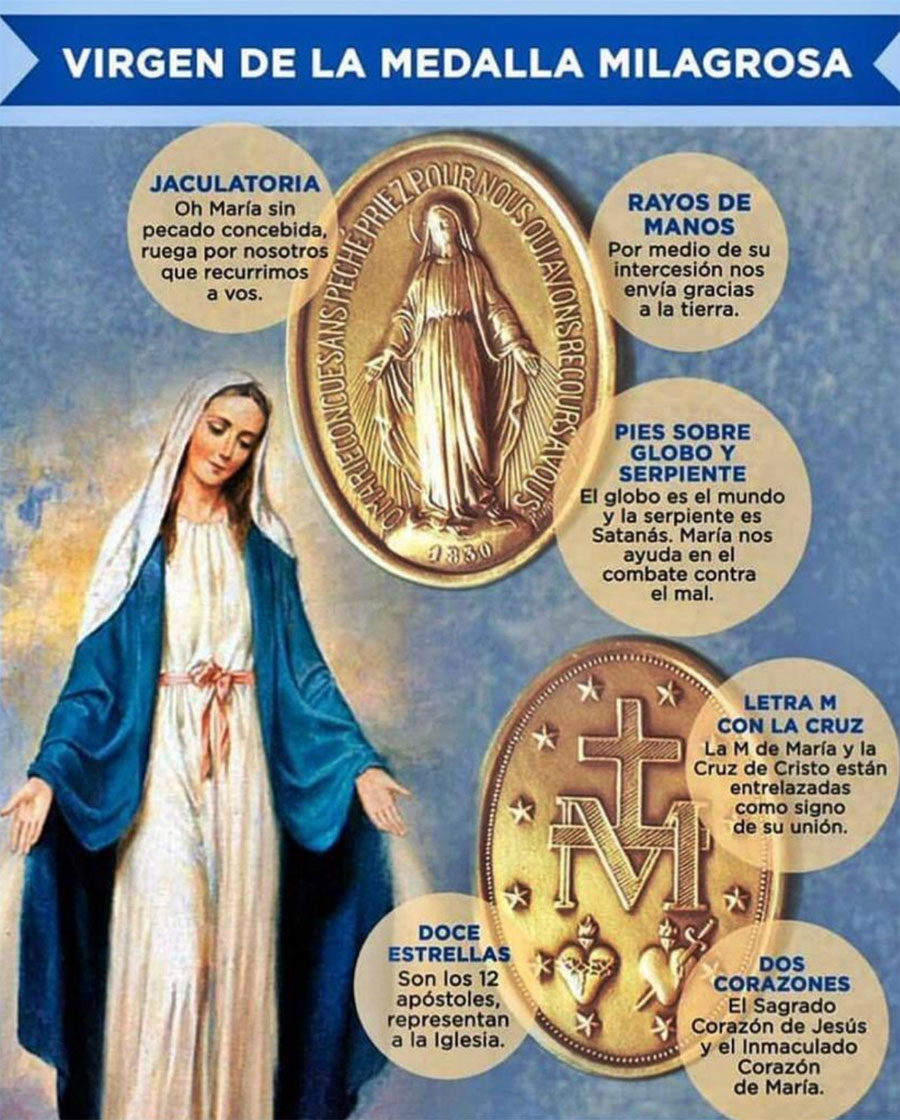