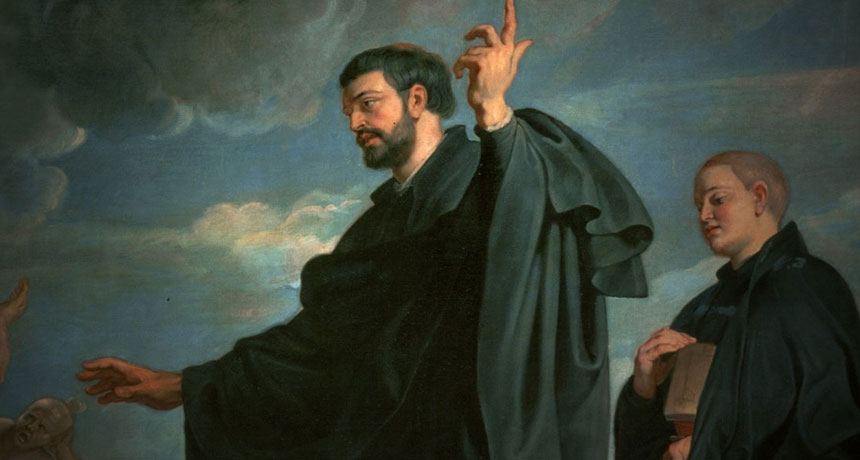 Born in Navarre, Spain, in 1506, to a noble Basque family, he gave his life to bring the Good News to people who had never known Christ, mostly in western India, the coast of China, Malaysia, the Island of Mindanao, Japan, and other parts of Asia.

He loved the poor, and the sick, and showed great joy in service. He was known for his long hours of hard work. Some days, he baptized so many that at night he could not raise his arm from fatigue.

In Paris, he became one of the seven founding members of the Jesuits, along with his friend St. Ignatius of Loyola, also born in the Kingdom of Navarre.

He died ill of a fever, praying with his eyes fixed on his crucifix. He was buried in a shallow grave and his body was covered with quicklime, but when exhumed three months later it was found fresh and incorrupt. It was taken to Goa where it is still enshrined.

Ave Maria!
Jesus, I Trust In You!
St. Francis Xavier, Pray for Us!