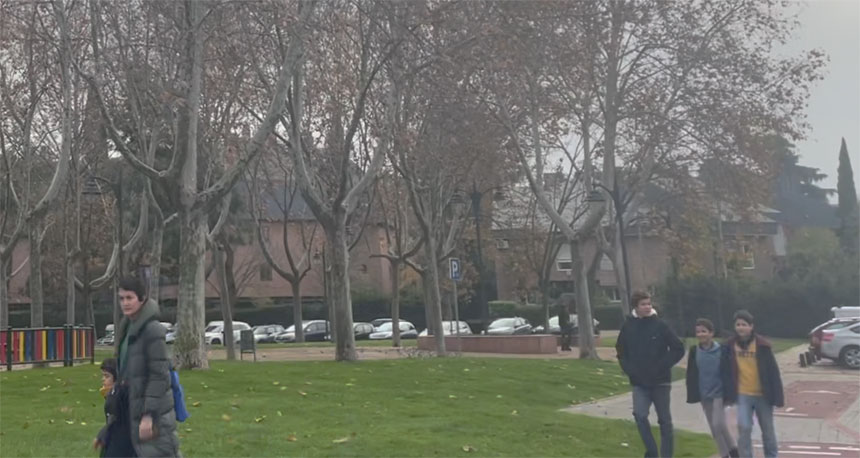 We asked ChatGPT, the latest breakthrough in Artificial Intelligence, a phenomenon these days, about the Rosary.

Explain the Mysteries of the Rosary, was the question.

The answer of this tool — created by an Elon Musk San Francisco – based OpenAI company — wasn’t bad!

The Rosary is a popular devotion among Catholics, which involves the repetition of prayers, called “Hail Marys,” while contemplating the life of Jesus Christ and the Virgin Mary. The Mysteries of the Rosary are specific events in the life of Jesus and Mary that are meditated upon during this devotion. There are four sets of Mysteries, which are divided into three categories: the Joyful Mysteries, the Sorrowful Mysteries, and the Glorious Mysteries. The Joyful Mysteries focus on the events of the Incarnation, including the Annunciation, the Visitation, and the Nativity. The Sorrowful Mysteries focus on the Passion and death of Jesus, including the Agony in the Garden, the Scourging at the Pillar, and the Crucifixion. The Glorious Mysteries focus on the resurrection and glorification of Jesus and Mary, including the Resurrection, the Ascension, and the Assumption. These Mysteries provide a framework for contemplation and prayer for those who recite the Rosary.

We also asked who created the Rosary and the answer was disappointing, as there was no mention of Our Lady of the Rosary.

The exact origins of the Rosary are not clear, and it is likely that the devotion developed over time through the contributions of many different people. The Rosary is a form of prayer that is part of the Catholic tradition, and it is believed to have originated in the Middle Ages. It is possible that the Rosary was first developed by monks or other religious figures as a way to help people meditate on the life of Jesus Christ and the mysteries of the Christian faith. Over time, the Rosary evolved and became an important part of Catholic devotion and religious practice. Today, the Rosary is a beloved prayer for many Catholics around the world.

We insisted, kind of instructing the AI robot, and question:

Isn’t the Blessed Virgin Mary who gave the Rosary to St. Dominic?

The answer was a bit better:

According to tradition, the Blessed Virgin Mary gave the Rosary to St. Dominic. This is known as the Marian revelation of the Rosary, and it is a story that is often told within the Catholic Church. The story goes that the Blessed Virgin Mary appeared to St. Dominic and gave him the Rosary as a means of combating the heresy that was spreading in Europe at the time. St. Dominic is said to have embraced the Rosary and used it as a powerful tool in his ministry, spreading the devotion throughout Europe and helping to bring many people back to the Catholic faith. While this story is not considered to be historical fact, it is an important part of the tradition of the Rosary within the Catholic Church.

Why the Evil One hates the Rosary of Mary?

The robot doubted at the beginning and the end but in the middle of the conversation pointed to a more accurate answer:

There is no specific reason why the “Evil One” (or Satan) is believed to hate the Rosary of Mary. The Rosary is a form of prayer that is part of the Catholic tradition, and it is a devotion that is beloved by many people around the world. It is possible that Satan may dislike the Rosary because it is a powerful tool for drawing people closer to God and strengthening their faith. The Rosary can also be a means of asking for the intercession of the Blessed Virgin Mary, who is believed by Catholics to be a powerful advocate for those who turn to her in prayer. Whatever the reason, the Rosary remains an important part of the Catholic faith and a source of strength and comfort for many people.

We kept on: Fine, but Our Lady of the Rosary asked the faithful to pray her Rosary.

ChatGPT didn’t acknowledge the request of the Blessed Mother: