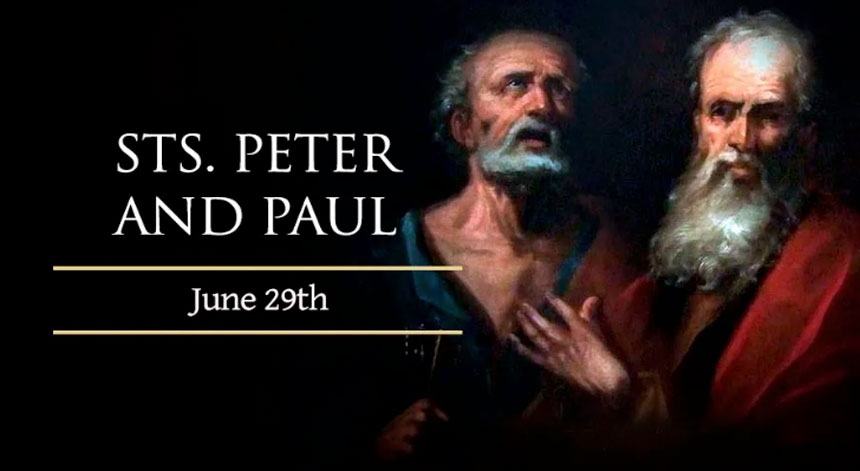 We venerate today, June 29th, two great Apostles, Peter and Paul. They are the solid rock on which the Church of God is built. Together, through preaching and martyrdom in Rome, they set the Holy See.

Peter was given by the Lord the name of Chephas (Petrus in Latin), which means ‘rock’. St. Peter was the first to recognize that Jesus was “the Messiah, the Son of the Living God.” He was not perfect and made mistakes, such as losing faith on the night of the Passion of Christ. Yet despite his human weaknesses, Peter was chosen to lead the Church becoming the first Bishop and Pope of Rome. He was crucified upside-down at his own request, because he claimed he was not worthy to die as the Lord.

St. Paul, a Jewish pharisee who persecuted Christians, experienced a dramatic conversion, chosen to be the Apostle of the Gentiles. He preached the Gospel tirelessly in the Mediterranean, writing letters inspired by the Holy Spirit. Paul was imprisoned and taken to Rome, where he was beheaded in the year 67.

Ave Maria!
Jesus, I Trust In You!
Saints Peter and Paul, Pray for Us!