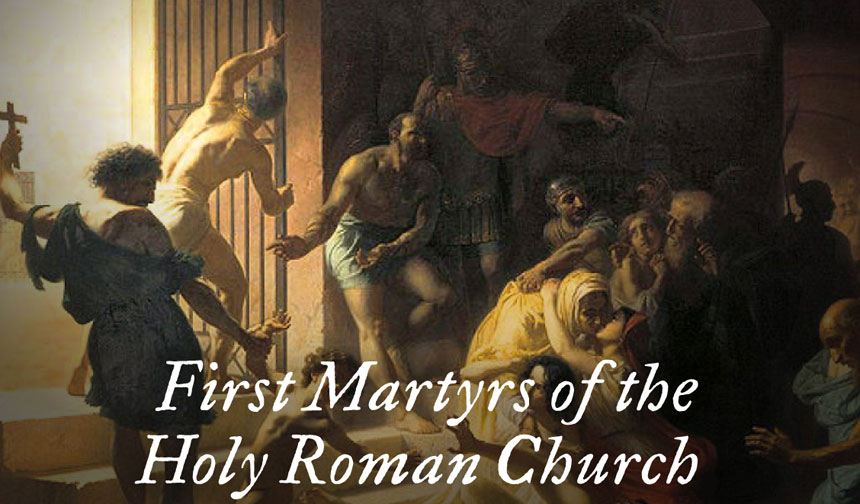 We celebrate today the memory of the First Martyrs of the Holy Church killed by the evil Emperor Nero in a night of horror in Rome in the year 64.

A great multitude of nameless followers of Christ were put to death by Nero because of his hatred of the human race. The emperor would commit later suicide at the age of thirty-one. Peter and Paul were probably among the victims.

Since the ancient Rome, we see how the blood of martyrs has always been the seed of Christianity. No human force can stop the power of the Holy Spirit and the merciful love of Christ that envelops the world.

The sacrifices of the martyrs and the saints — now all crowned by God in the Communion of Saints — help us to appreciate the gift of faith that sustains in our earthly life.

Ave Maria!
Jesus, I Trust In You!
Saints Peter and Paul, Pray for Us!