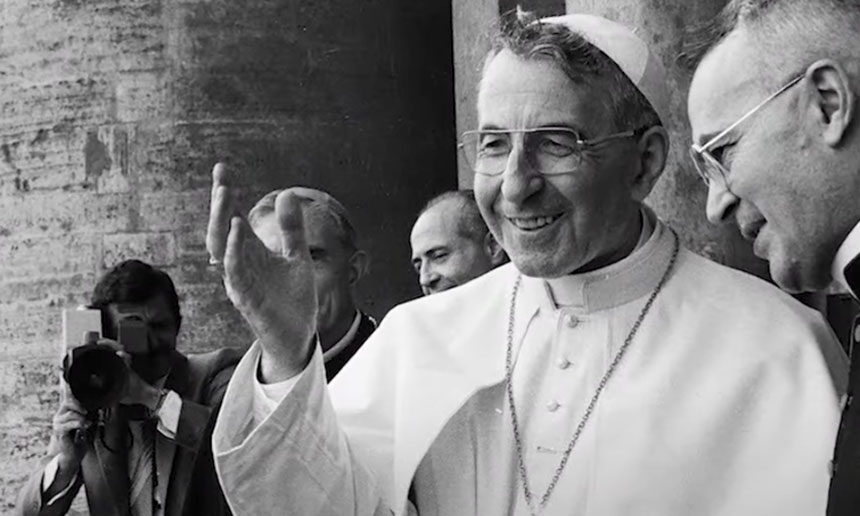 “With a smile, John Paul I managed to communicate the goodness of the Lord,” said Pope Francis during the homily for the beatification of the often called “Smiling Pope.”

On Sunday, September 3, in St. Peter’s Square, Pope Francis beatified John Paul I, born Albino Luciani, who reigned as pope for only 33 days.

John Paul I gained a reputation for his humility and his dedication to teaching the faith in an understandable manner.

“How beautiful is a Church with a happy, serene, and smiling face, that never closes doors, never hardens hearts, never complains or harbors resentment, does not grow angry or impatient, does not look dour or suffer nostalgia for the past. Let us pray to him, our father and our brother, and ask him to obtain for us ‘the smile of the soul,” said Pope Francis.

As a cardinal, Luciani published a collection of “open letters” to historic figures, saints, famous writers, and fictional characters. The book, Illustrissimi, included letters to Jesus, King David, Mark Twain, Charles Dickens, and Christopher Marlowe, as well as Pinocchio and Figaro, the barber of Seville.

He made history in 1978 when he became the first pope to take a double name, after his two immediate predecessors, Popes John XXIII and Paul VI. His episcopal motto was simply: “Humilitas.”

Ave Maria!
Jesus, I Trust In You!
John Paul I, Pray for Us!