Saint Michael the Archangel, Captain of the Heavenly Army, started to appear in the fifth century as the protector of Christian kingdoms.

In the eight century, Saint Michael appeared in the Aralar mountains of the Kingdom of Navarre, in the north of Spain. The Archangel saved from an Evil Dragon a Christian Crusader who was doing penance tied by heavy chains.

In this place, a sanctuary was then built and later six pieces of the Holy Cross were brought here by crusaders. Those pieces would be included as relics in a unique image of Saint Michael – the first one where Saint Michael holds the Cross of Jesus Christ.

In the twelfth century, a Romanesque shrine was built in these mountains under the name of “Santuario de San Miguel de Aralar.” A local hero of Navarre, Francis Xavier, would expand the devotion to Saint Michael worldwide.

We pray the Rosary today in this special place, while we talk to Fr. Mikel Garciandia, the chaplain in charge of San Miguel. He is sending the Rosary Network a special blessing. 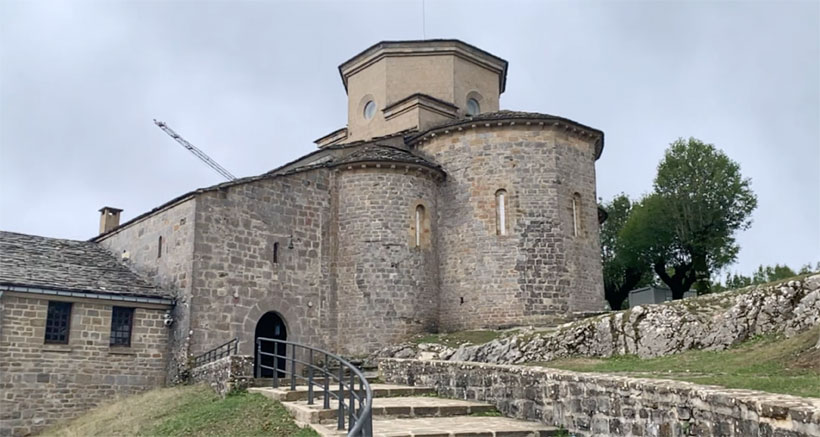